Widow's Endorphins: Honeymooning for Beginners: We knew we'd be in bed together by afternoon. We had never even held hands! The imbalance between knowing someone so well, and not ...
Posted by Widow's Endorphins at Sunday, June 07, 2020 No comments: 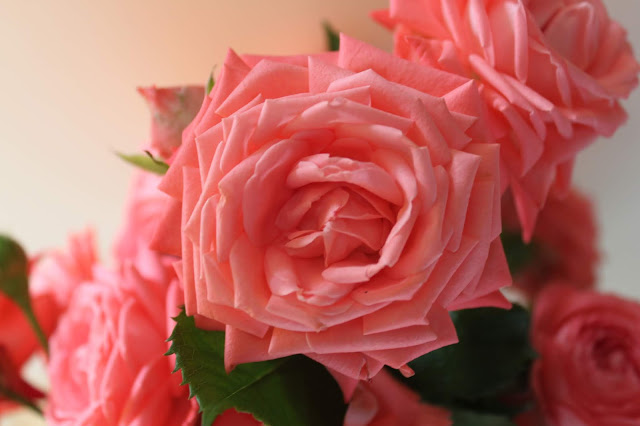 We knew we'd be in bed together by afternoon. We had never even held hands! The imbalance between knowing someone so well, and not knowing them at all, was overwhelming. I needed the time to know him physically, to hold each other close, to kiss and caress one another. 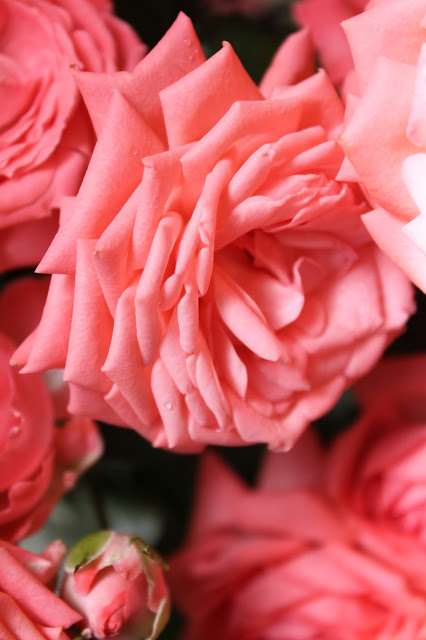 Cam and I met 43 years ago, when I was twenty years old, and he was ancient...like, thirty. He was also married. We worked together in the newsroom of Vancouver radio stations, CKWX/CJAZ, and formed a lasting friendship. I moved East, living in Quebec and Ontario with my late husband, and mother, for three decades.

I was recently widowed when we reconnected on Facebook. It was as if we had never been apart. For the next five years, Cam and I "spoke" every day. His daily photographs of sunrises on the Salish Sea, lifted my spirits, and motivated me to return to the Westcoast. Over the years, our mutual affection and support for one another has been witnessed by hundreds of Facebook friends, or as I like to call them, "our chaperones".

We loved one another. I often told friends that he was the perfect man for me, but he was married. We never crossed that line. Until he was very recently widowed. We allowed ourselves to open our hearts, and speak the truth to one another. We love one another. We are also in love with one another.

We aren't getting any younger! We know how precious life is. Cam says time is generous. We have been given a great gift of time together. 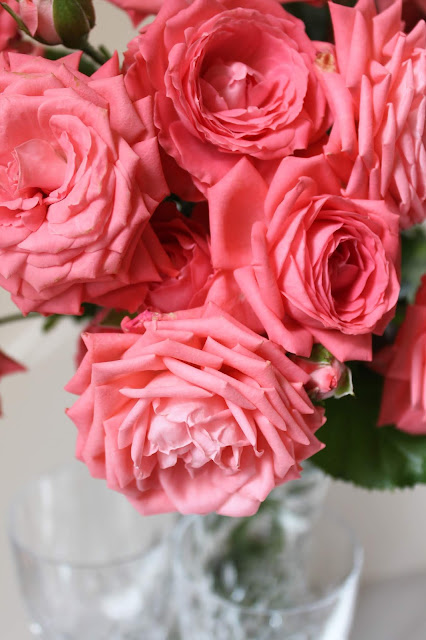 Last month, I boarded a seaplane from Vancouver to Vancouver Island, and a new life with my man. Within minutes of stepping off the seaplane, I was climbing a stone staircase towards Cam. He began walking backwards, leading me towards a circle made of inlaid stones. It was there, inside that stone circle, that we had our first kiss...43 years in the making.

The slow drive home was our first date, and we discovered the joy of fish and chip picnics on seaside park benches. Although we are not married, our family and friends have referred to our early days together as our,"honeymoon". His sunrises, are my sunrises.

Cam is my happily ever after. The red roses which he placed in the living room of our music-filled home, are now dried, and preserved for the anniversary of my arrival on the Island, when they'll be scattered in our stone circle. We are blessed. 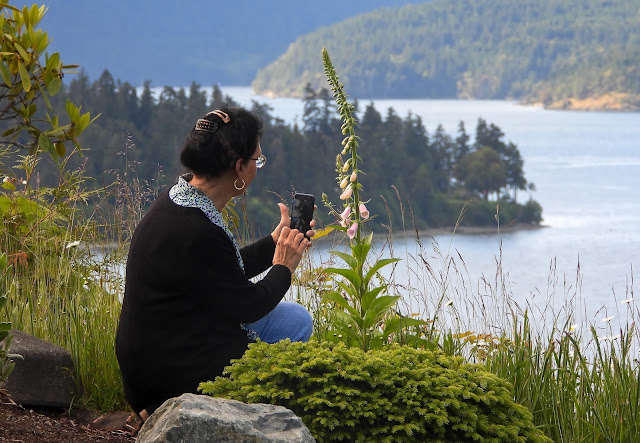 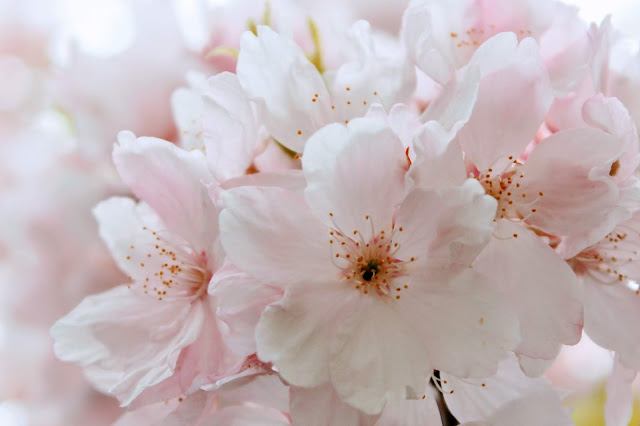 Alone, in the midst of a global pandemic. For my American "sisters in sorrow", this National Widow's Day is especially lonely. Although many widows find themselves virtually abandoned by friends and family at the best of times, this year, is unprecedented. Physical isolation has meant that many widows are completely alone. 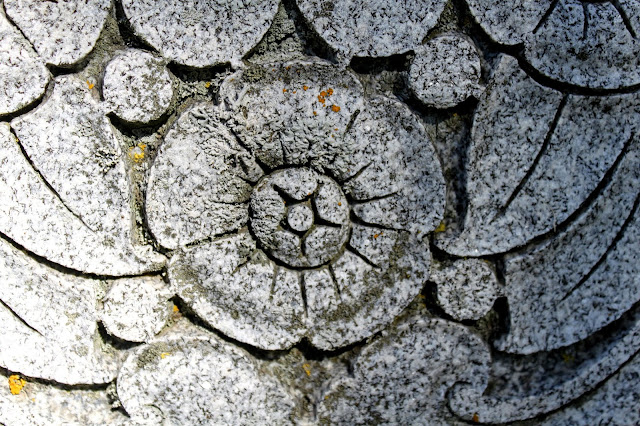 We're all experiencing a degree of the kind of isolation felt by widows every single day. Living day after day without human connection can be lonely. Many widows refer to this as existing, rather than living. There's always Facebook, phone calls and Zoom, to reach out and connect. For most widows, the very person they most want to reach, is dead. That number is not in service.

It is not unusual for widows to preserve the voicemail recordings of their loved one. There's something strangely comforting about hearing the voice of someone who is gone from this world. Somehow, their unique voice is more alive than a photograph. I remember the panic I felt when, a few days after Brande died, I could not recall the sound of his voice. Then, I remembered a phrase he used to say to me in French, "quelle belle femme", and I heard his voice in my head again. 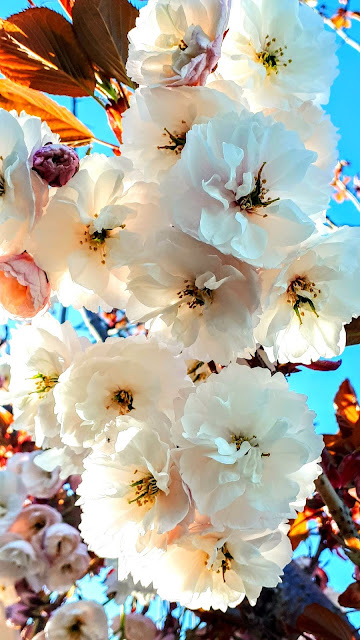 Now, more than five and a half years of widowhood, I am happy. Very happy. So, this is being written to those who are still in the early, lonely years of being a widow. The grief journey is walked at your own pace, in your own way.

One day we were a couple, together every day, the next, I was single. I had to learn to be alone with myself. I rediscovered myself in the most joyful way possible: through the music of my youth. Listening and dancing to Motown and 60's rock, struck notes deep inside of me. I remembered me. Me before we were a we.

She never left me. That girl is always there, ready to come out and play. She is not alone, either...there are many kindred spirits out there! 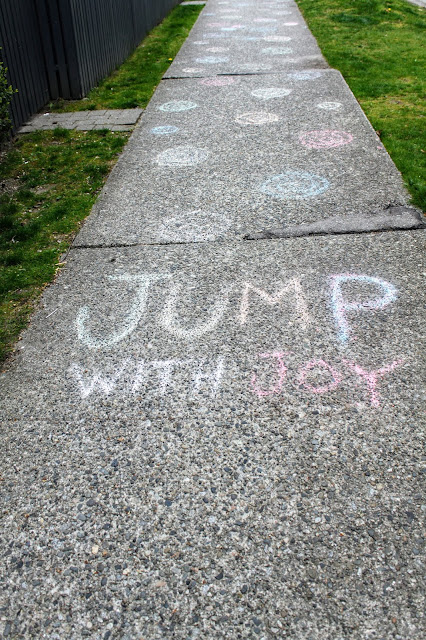 Even if you are in lockdown, get out for a little walk today. Keep two metres (about six feet) away from anyone else, and wear a mask and gloves. The exercise, fresh air, and Vitamin D rich sunshine are all great for your body...and your soul. 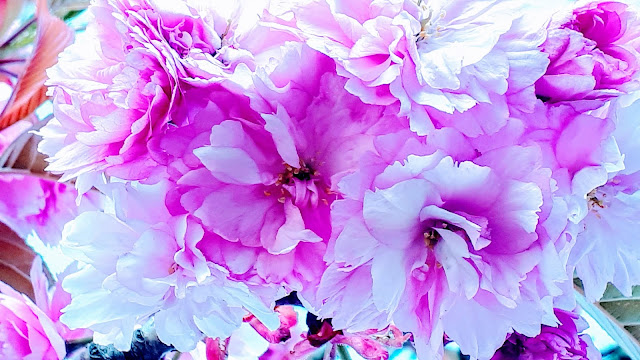 Happy 50th Birthday, Earth Day! April 22, 2020 is an Earth Day birthday like no other.  Tree huggers are totally embracing technology!

Rather than day long celebrations and rallies, in parks and on the streets, millions upon millions of participants will use technology to gather virtually. The Earth Day Network, which describes itself as, "the world's largest recruiter to the environmental movement", with 750-thousand partners in 190 countries, says it has the collective power of, "one billion individuals mobilized for the future of the planet". One billion people in their living rooms, or seated at the kitchen table. The Earth Day Network says that while the corona virus has forced people to keep their distance, "it will not force us to keep our voices down." The environmental movement has never been silent. 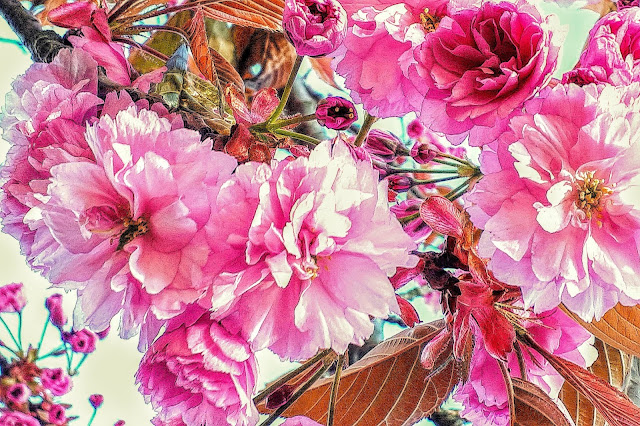 In 1962, Rachel Carson's book, Silent Spring warned of the destruction of our water, soil, and air due to the use of pesticides. She raised awareness. Smog, oil spills, polluted rivers catching fire, and the American Eagle being near extinction, were reported on the evening news. Less than a decade later, the first Earth Day was held. On April 22, 1970, Americans took to the streets, arenas, and college campuses, in protest. Twenty million Americans, or, about ten percent of the US population at the time, participated in the event. 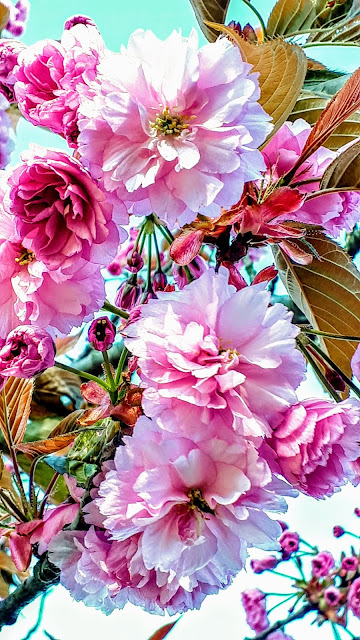 This is an Earth Day unlike any other. It's a year unlike any other! What we have witnessed in the last few weeks, is that we are coming together, while being apart. Technology has connected, and reconnected us. Earlier this month, Zoom, the online teleconferencing site, reached more than 200-million people per day, compared with 10-million daily participants in December. 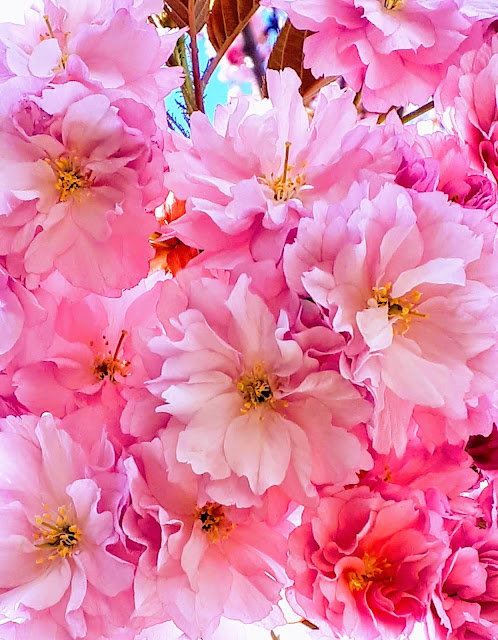 Earth Day is believed to be the largest civic event in the world. This year, it will happen online. For 24 hours, the Earth Day Network, "will fill the digital landscape", with live-streamed global conversations, performances, video teach-ins, and calls to action. 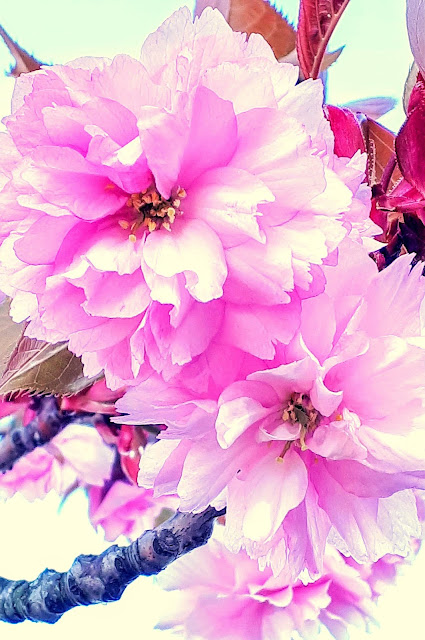 The Network says that no matter who you are, or where you live, you can make a difference. This year's theme is Climate Action. The Network says, "climate change represents the biggest challenge to the future of humanity and the life-support systems that make our world habitable".

The past few weeks of industry shutdowns, planes on tarmacs, and cars parked in driveways, has shown how dramatically the Earth heals, when given a chance. Clean air, pure water, and healthy soil, are not impossible.

A final note...I created birthday cards for Earth Day's birthday. The images are a departure from my usual photographic style. Computer technology was used to create painterly, watercolour images from my original floral photographs...and I didn't spill any paint on the floor!

Posted by Widow's Endorphins at Tuesday, April 21, 2020 No comments:

Widow's Endorphins
Endorphins are natural pain and stress relievers. I write, and photograph flowers for my own healing and joy...and because viewers, just like you, are waiting for what I'll say next! You're very demanding! You could at least pour me a coffee! I used to be a Vancouver News Editor/Announcer, and love this free-to-be-me style of blogging. My Mum suffered two major strokes. I became her fulltime caregiver, then, my husband was diagnosed with liver cancer, and placed on a transplant waiting list. Caring for loved ones requires love, a sense of humour, and nerves of steel. So, when I write about lounging by the pool, soaking up a tan, know that I've just come off a 32 year, 24/7 life-and-death shift. I couldn't travel the world, so, I brought the world to me, sharing my home with brilliant and funny, thoughtful and kind, international travellers, who stay from one night, to one year. There's also a clothing line, based on my floral ...and cannabis leaf photos! I love designing dresses and peignoirs - even men's underwear! Many of my friends are outdoor adventurers. Me, not so much! My idea of the great outdoors, is an outdoor cafe. How's that coffee coming?